The SOLminer Cube is a 10 foot shipping container with approximately 10,000 mH/s of mining power. It’s the perfect solution for building scalable and easily relocatable mining farms.

Our system provides the necessary hashing power to competitively mine Ethereum and many other cryptocurrencies.

Our engineers did computer analysis and countless design revisions in order to maximize efficiency of our Mining Systems without sacrificing reliability. 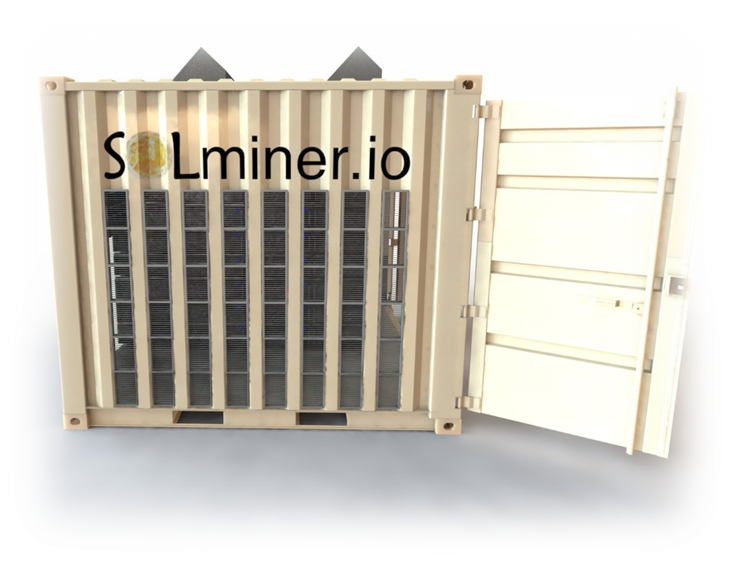 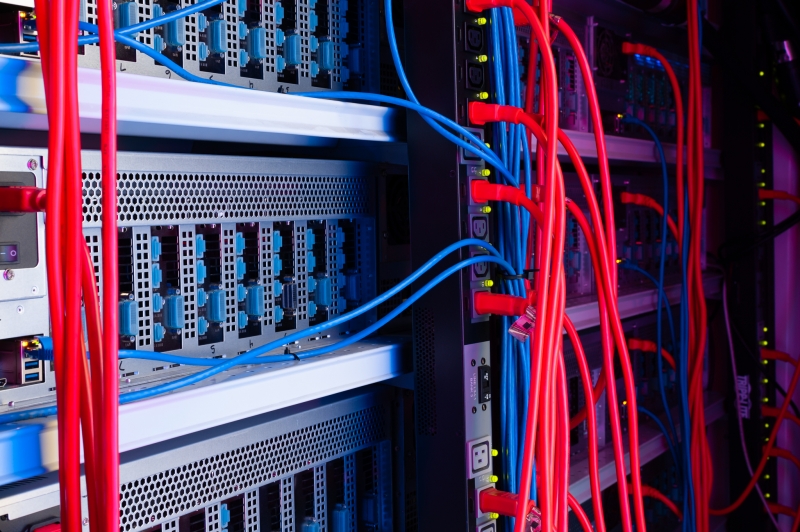 The SOLminer Cube is a 10 foot shipping container consisting of 40 streamlined mining rigs, each mining rig has 8 high end GPU’s (Graphics Cards) creating a combined total of 320 GPU’s per Cube. The 320 GPU’s provide large amounts work on the Blockchain; this work is measured in Hashing Power.

GPU mining has much more resilience to a market downturn than ASIC (Application Specific Integrated Circuits) mining because ASIC mining requires a significant amount of electricity per dollar made vs GPU based mining. In other words, GPU mining requires significantly less power for the same dollar value of mining proceeds.

Another reason GPU mining has reduced risk compared to ASIC mining is in an event of a major market downturn, ASIC miners will become essentially useless and worthless, while GPU’s can be boxed up and sold to video gamers or utilized for a wide range of other applications.

GPU mining also allows for flexibility in which cryptocurrency can be mined. If a certain currency becomes more profitable to mine, GPU miners can be switched to mine the more profitable currency. ASIC miners are ‘Application Specific’, if the difficulty increases, profitability decreases. This will happen until the system can no longer maintain profitability, at which time, the units essentially become worthless.

With that said, GPU and ASIC miners both have their place in the market and SOLminer works with both. We analyze a variety of factors to determine the best solution. Some considerations for choosing GPU vs ASIC miners include risk tolerance, available power, space, budget, goals, etc.

The SOLminer Cubes are completely insured and housed in a warehouse with limited access. We have high quality video & audio surveillance and on-site security staff.

Our Mining System operates on standard 240V 3-Phase electrical, making it quick and easy to setup power if container is moved to a new location. 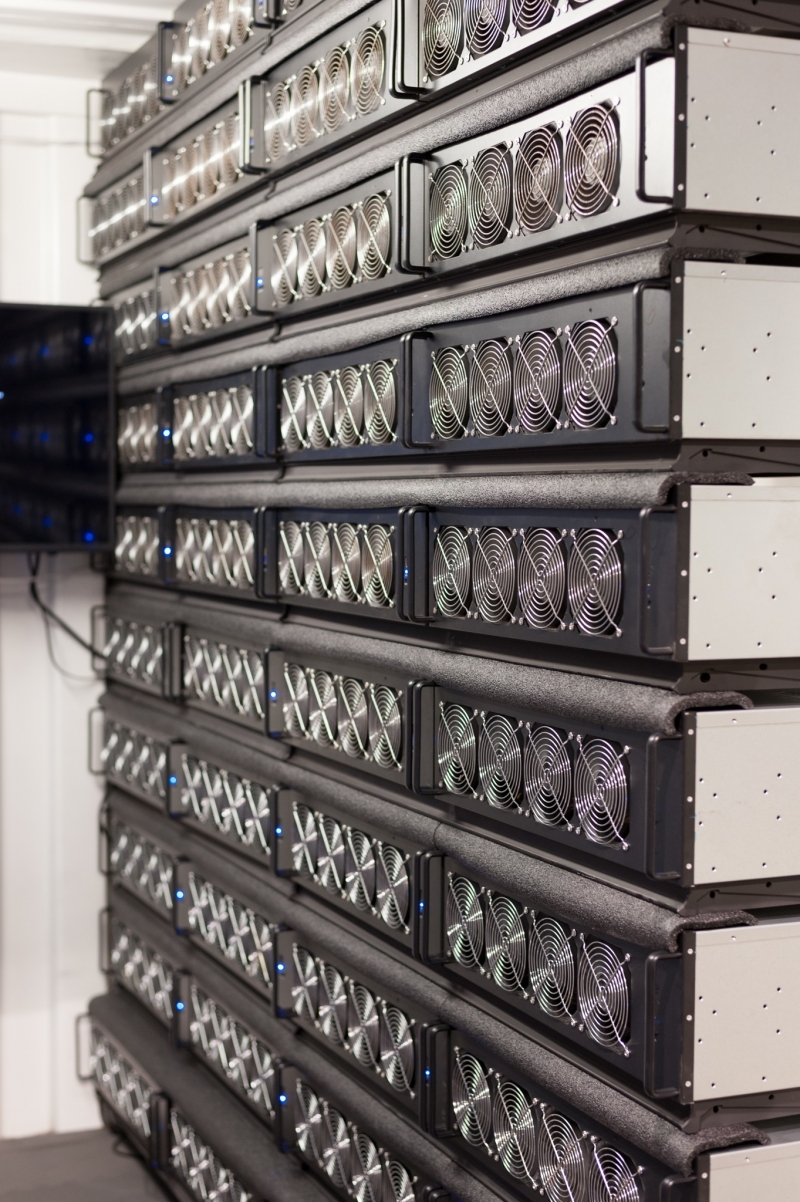 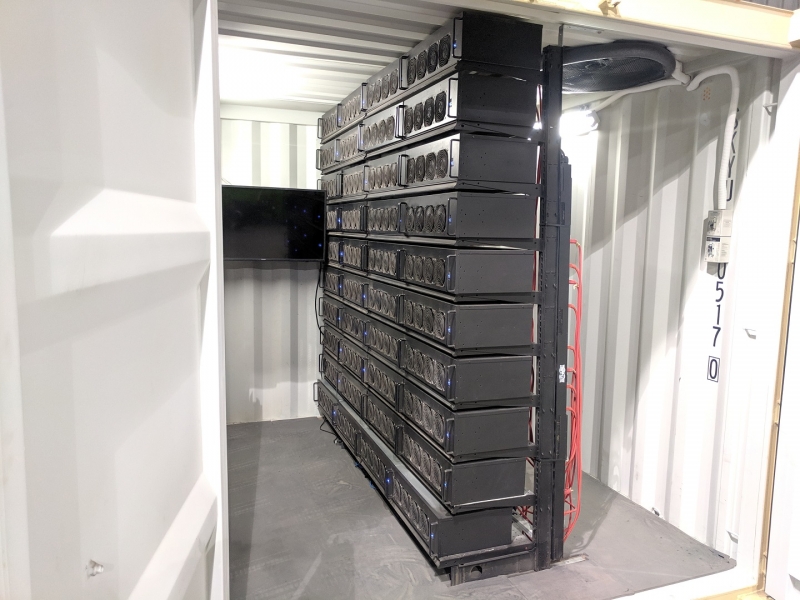 The majority of our Cube customers wanted us to manage the Cube after purchasing, which can be logistically difficult depending on the specific scenario.

Instead of managing Cubes remotely at different sites for our customers, we’ve shifted to on-site hosting services in our more efficient, larger scale warehouses. 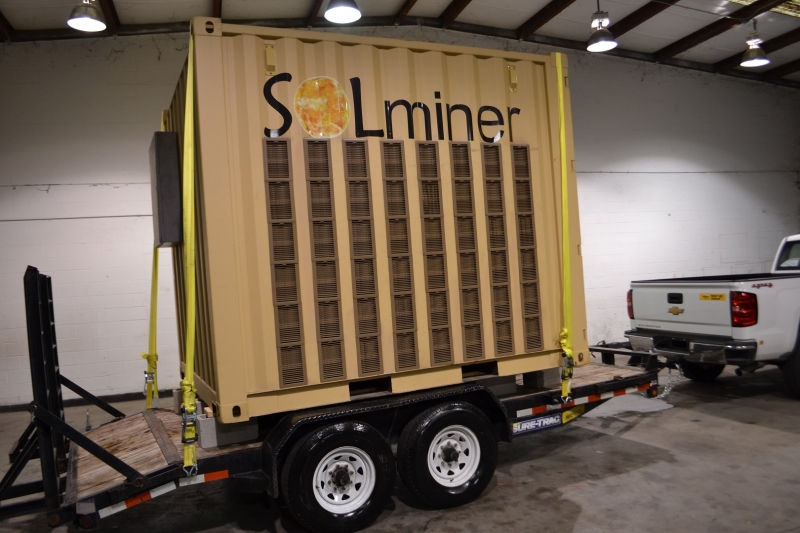